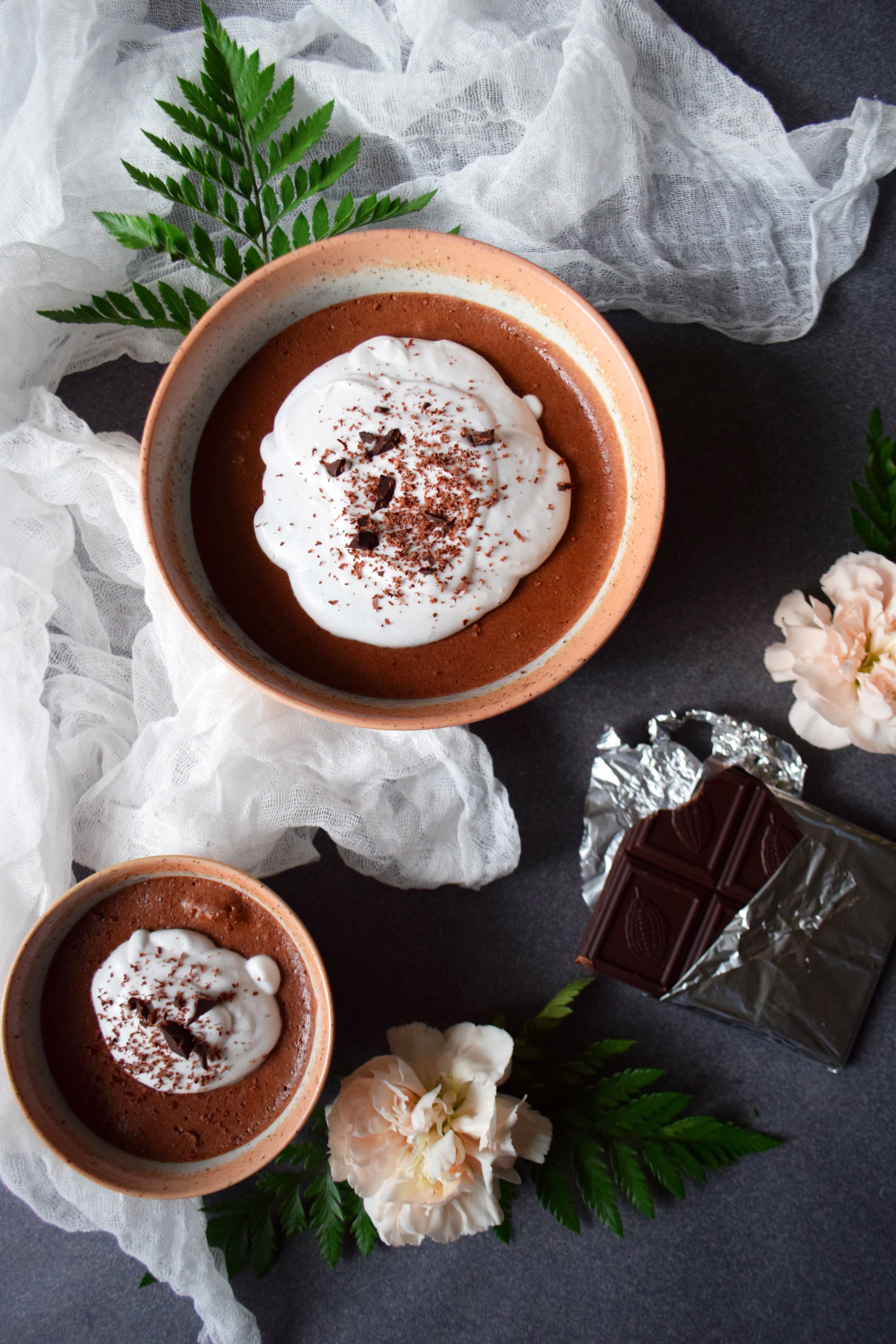 I rather wanted to make a healthy chocolate mousse, and was first thinking to make chocolate mousse basis with whipped chickpea juice. Then I remembered that the final texture of this version, even though vegan and very light, isn’t as firm as a traditional chocolate mousse. Then who says homemade raw chocolate also says…wait for it… low in sugar! – no seriously, does it still surprise you?! -. I was quite careful that time because I know how bitter can  taste homemade raw chocolate, that’s why I added one spoon maple syrup to sweeten the mousse, while praying that it would be enough. At the end I got a white light chocolate mousse with an aerated feeling even more present as the sugar wasn’t here to bring the usual heaviness sensation. The taste of lavender is here – be careful still to not push too much on its quantity, at the risk of getting a bitter taste – and surprisingly gives an « After-eight » minty touch to the mousse. But don’t be mistaken, too much lightness kills the lightness, that’s why I took the liberty to add a little touch of fat by making a coconut whipped cream to top the whole ;) 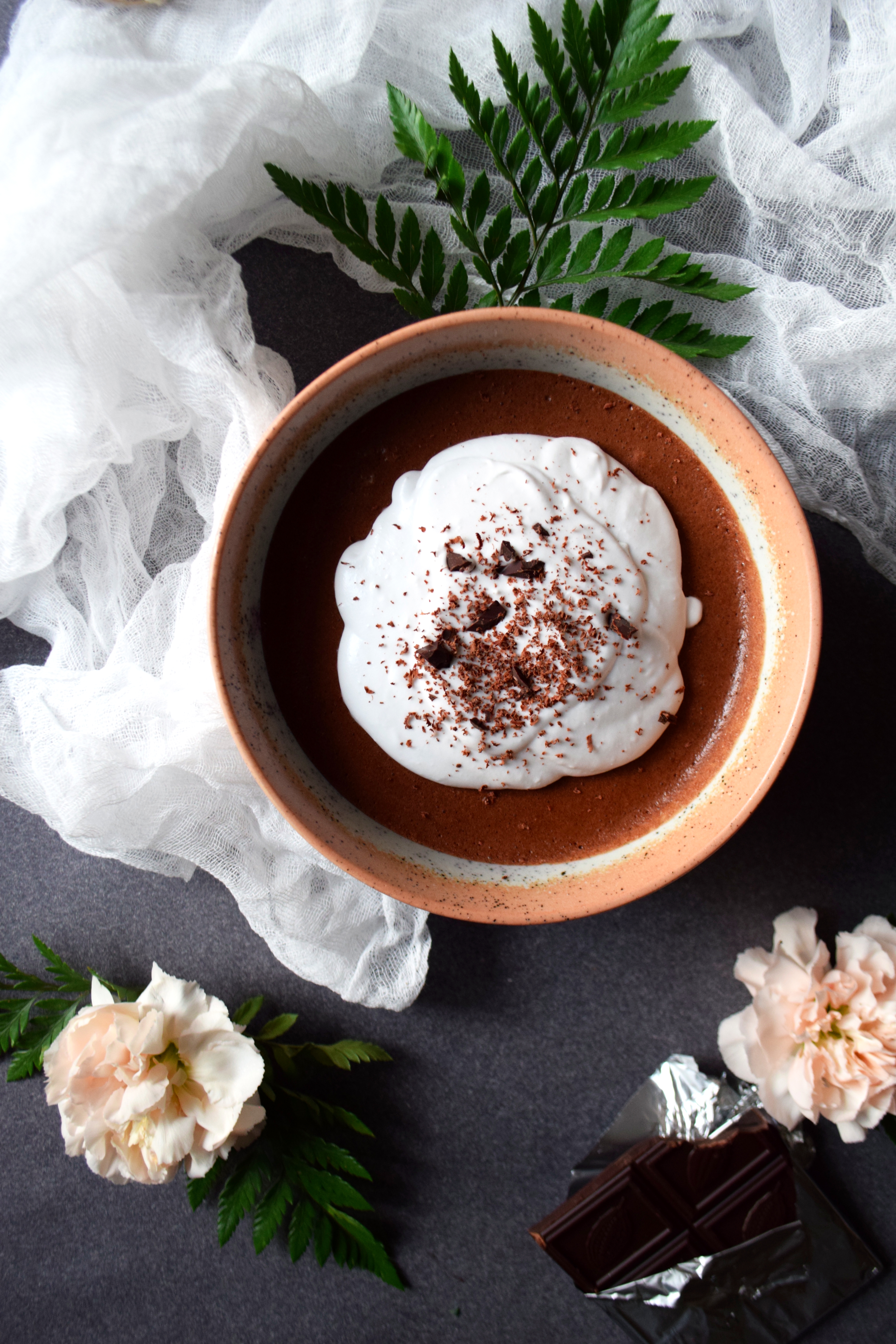 FOR THE RAW CHOCOLATE MOUSSE
FOR THE COCONUT WHIPPED CREAM

Please check your feed, the data was entered incorrectly.
© 2023 Solène Roussel - All rights reserved
Cookies are used to guarantee you the best experience on Inthemoodforfood. If you continue to use this site, we assume that you are satisfied.Ok