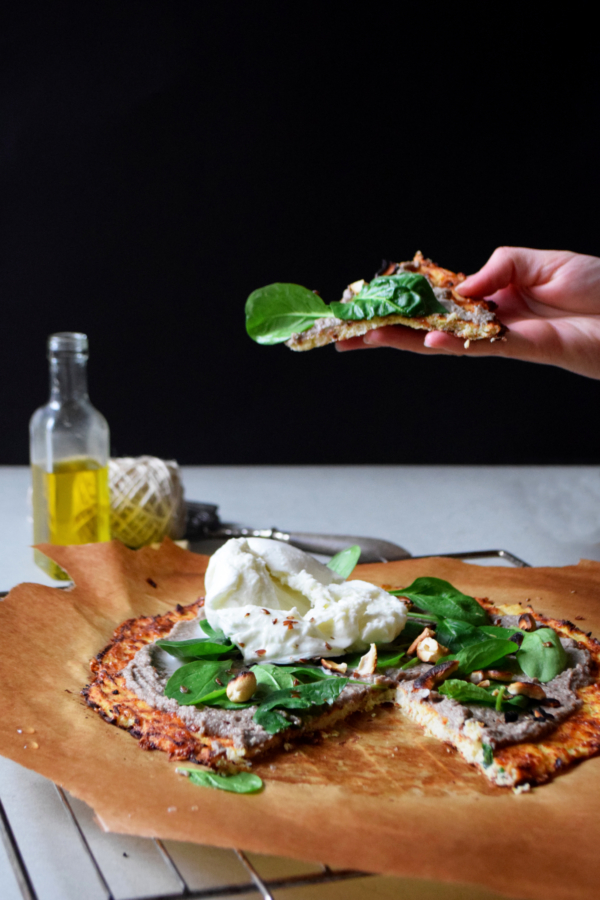 Cauliflower pizza, or better to say cauliflower pizza crust is something that intrigued me for a long time, as well as its acolytes that are (ba)nana ice-cream or chickpea chocolate  mousse. That kind of recipes that make you cogitate a bit while wondering « Where is the trick? ». As I straight became an unconditional fa of the « nana ice-cream » after I tried it for the first time, I wanted to verify by myself is this famous cauliflower pizza crust had a well-deserved reputation. While being a skilled enthusiast for everything that involves truffle but also real and tasty mozzarella with Buffala milk – okay, all kind of cheeses actually -, it was a logical idea to do it by trying to make some cauliflower pizza topped by cream of mushrooms with truffle and some creamy Burrata. Even thought cauliflower recipes are flourishing by any way on internet, the one of cauliflower crust deserves its special mention. I haven’t followed any particular recipe, but the final taste and texture of the crust are surprising. Gluten intolerants and pizza lovers probably don’t have anything to learn from it anymore, but the recipe also fits perfect for sporty people who give priority to healthy food or high protein quantities.

If you are looking for another cauliflower recipe, I can’t recommend you more warmly to try my recipe of Cream of cauliflower soup, crusty bacon chips & back truffle oil – when I was telling you that I’m addicted…- before the warm days come back!

Serving Size: For one pizza 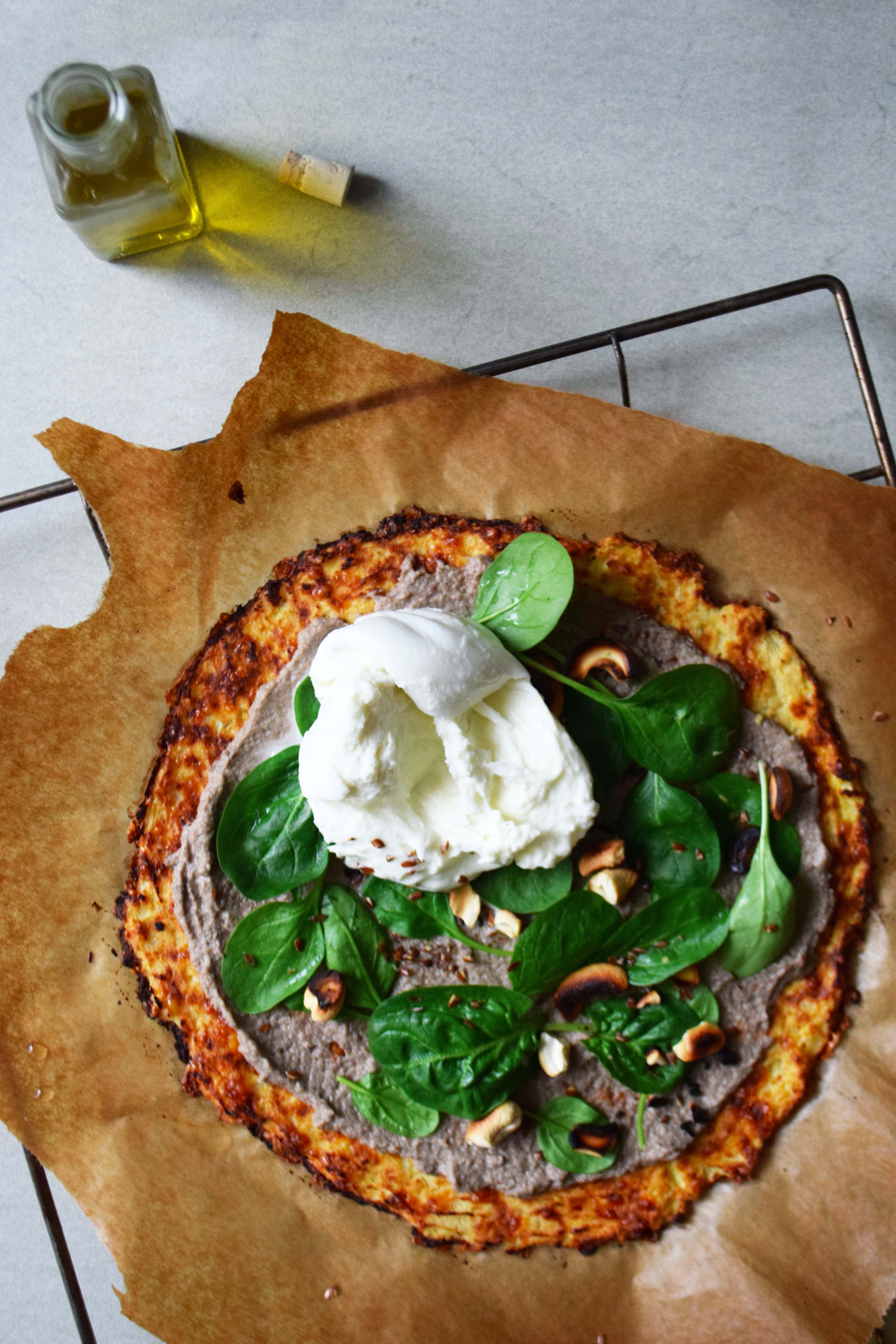 FOR THE CAULIFLOWER CRUST
FOR THE TOPPING 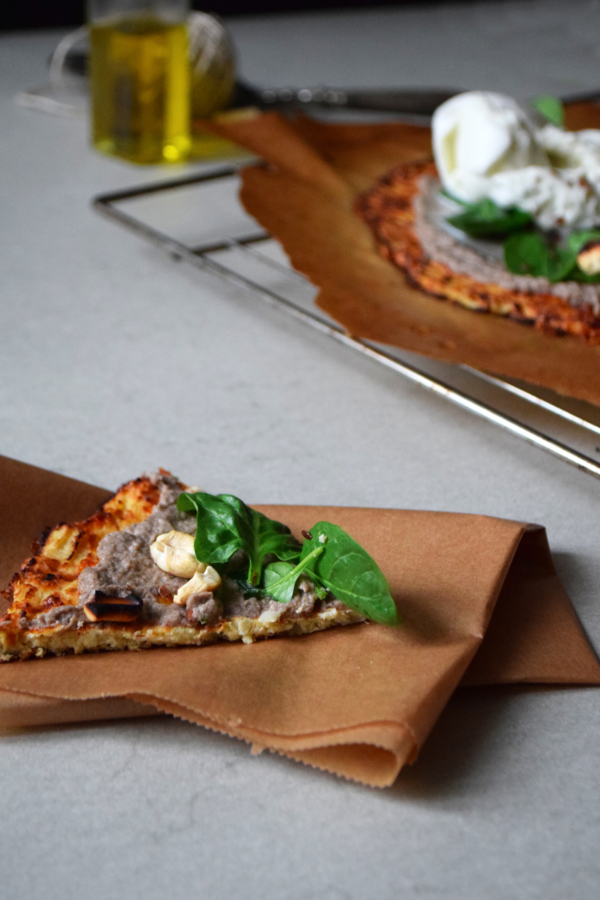