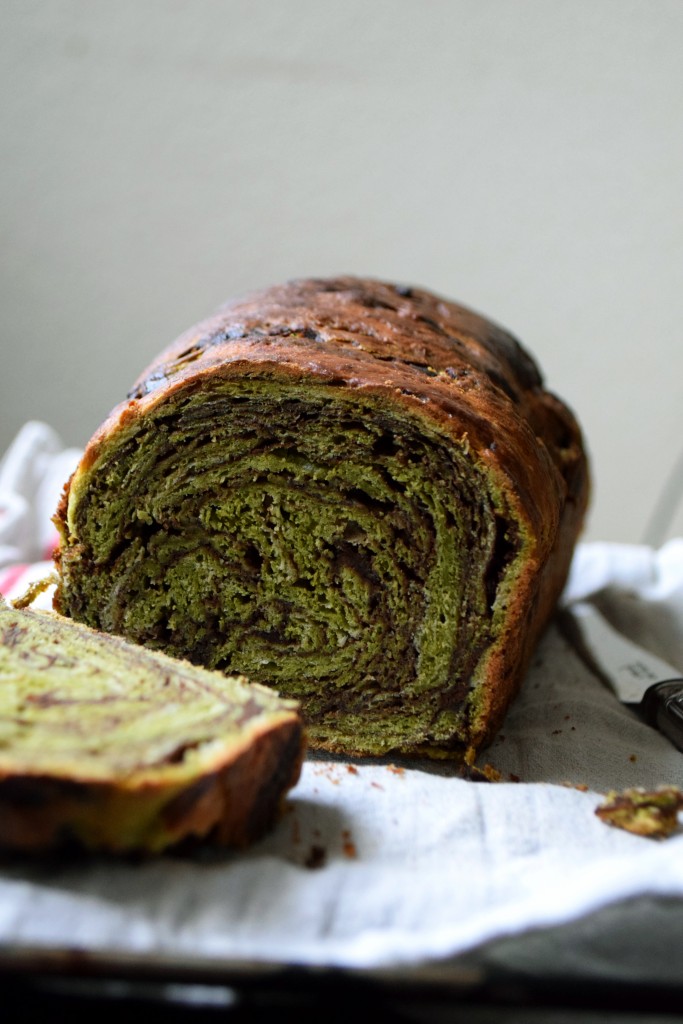 My first discovery of the Matcha & Azuki flavors association was at Aki, this Japanese pastry shop that is located rue Saint-Anne in Paris – I warmly recommend this address to Parisians and tourists who would have the opportunity to go there -. In spite of the good reputation of French pastries, I have to say that Japanese ones definitely worth it, in particular for people who like fine pastry without too much fat and sugar.
With this brioche, I remembered the flavors of the pastry tried last year in Aki. My recipe isn’t really complicated to make, but asks your patience for the resting times.


1. Heat the single until it gets warm, then incorporate the yeast and let it dilute. In a salad bowl, mix together the flour, sugar and salt, then separate this mix in 2 equal parts in two different bowls. Add the matcha tea in one of them and stir well again.

2. Beat the egg and add half of it in in each preparation. When it’s ready, do the same with the yeast/milk mixture, then knead separately the doughs until each ball doesn’t stick anymore. Let each of them in their own bowl, cover, and let them rest for 1 hour. The size of each should double.

3. Knead briefly the dough balls again, cover them with plastic film, then let rest again for 1 hour in the fridge. Flour a cook surface and roll out each dough with a rolling pin, until you get 2 rectangles with more or less 30x50cm of surface, then place one rectangle of dough on the top of the other one. Press the rolling pin on the whole to fix them together, do the same with your fingers on the borders.

4. Spread half of the Azuki paste on the left side (of the length) of the rectangle, then refold the right side above it. Press again the borders with your fingers to stick them well together. Roll out again the dough with the rolling pin to obtain a rectangle a bit bigger, then fold over like a wallet: put the rectangle in the way that the lengths of it are in front of you and its widths on the sides, then imagine that this rectangle is separated in  parts on the length.  Fold the right side on the middle, then cover it with the left side.

5. Repeat the step another time: roll out, spread, then fold over like a wallet. Then roll the dough in sausage shape, with more or less the same dimensions than your buttered brioche mould. Put it into it and let rest the dough for 1 to 2 hours more.

6. Preheat the oven to 200C. If you want, you can spread a beaten egg on the top of the brioche (I didn’t do it, my oven is heating very hard and I didn’t want to burn the top of my brioche). Make 3 crooked incisions in the brioche, then put it in the oven for 30 minutes. Serve cold or tepid – in my case I prefer to eat it after it finished to bake, the Matcha and Azuki flavours are widely stronger-. 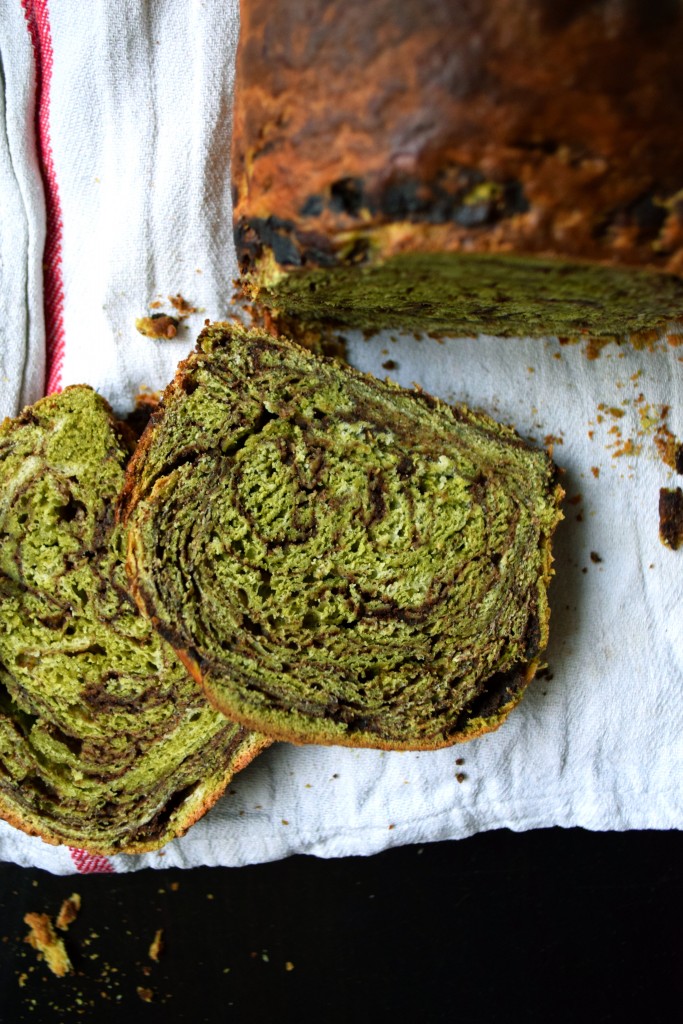 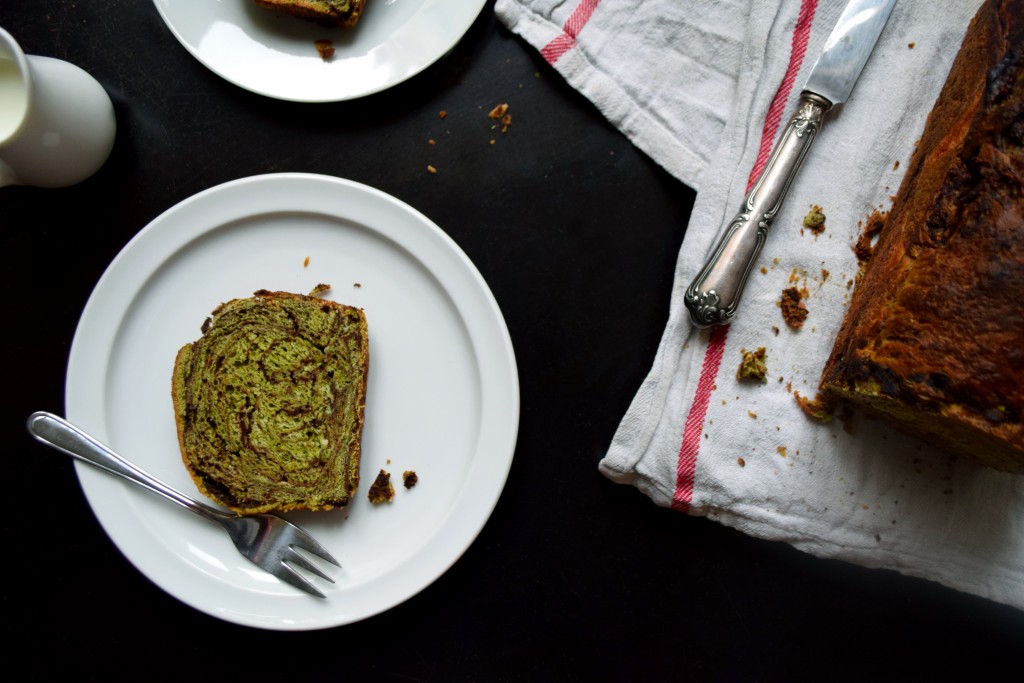