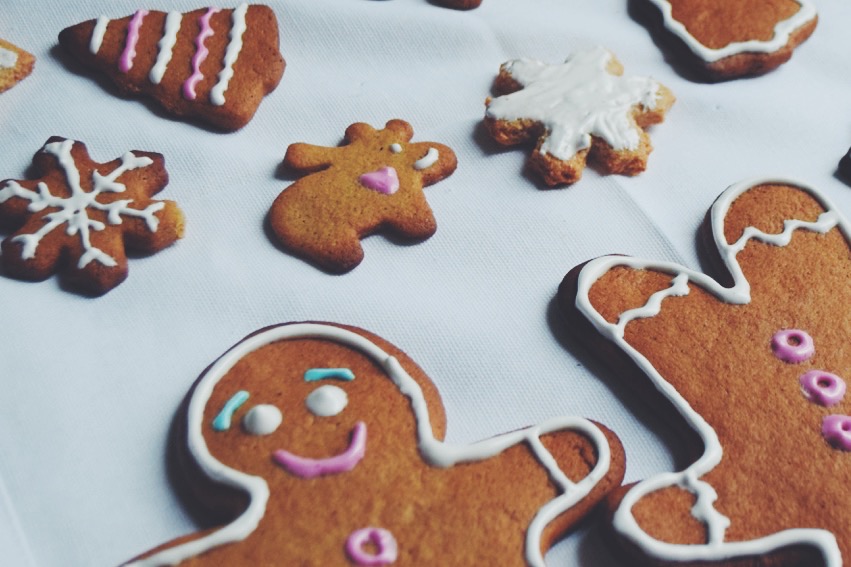 Going with Christmas, Gingerbreads and other dry cookies are very easy and fast to realize. You can integrate some ribbons into it, so that they can decorate your Christmas tree. Here are two classic recipes. For gingerbreads, I didn’t have any molasses, that’s why I decided to replace it by some maple syrup. Some conservatives would undoubtedly scream by reading that, but the taste and the texture of my gingerbreads weren’t denatured that much. You can also try with honey, to get a sweet taste.
A small distinction between the 2 kinds of biscuits:
Gingerbreads are coming from USA. They are made with spices and thus have an intense taste. They also have a rather mat colour.
Zimtsterns are coming straight from Alsace. They mainly contain almond powder and are very light in mouth. Less spiced than gingerbread, there is only cinnamon into them.
It was my first try with colouring powder and I have to admit that I’m really disappointed about it: the powder was supposed to give a very intense colour to the topping, but the result wasn’t different than with a classic colouring agent. The colour of my red topping was really blade.

1. In a bowl, mix the flour, brown sugar spices and baking powder. Incorporate the butter (in little pieces) with the fingers, until obtaining homogeneous dough.

2. Incorporate to this mixture the maple syrup and stir again until complete integration. If the dough is too dry, you can add some milk to make it moister (some tablespoons but more under risk to obtain a too sticky texture). Make a ball, film it, then put it in the fridge for approximately 30 minutes until it becomes quite firm.

3. Preheat the oven to 180C. Take out the dough from the fridge, the spread it over a slightly floured table, until it has around 5mm thickness. Using cookie cutters, cut the desired shapes in the paste, then put them on a covered baking tray.

4. Put in the oven about 10 minutes with 180C. Gingerbreads have to be slightly coloured, nut not too much under risk to become as hard as stones. Let cooling down the biscuits on a grid before topping/painting them (read below for the topping recipe).

1. In a cool bowl, whip the egg whites (with a pinch of salt) to a light mousse. Step by step, incorporate the sugar while whipping.

2. When the egg whites are quite firm, delicately add the cinnamon and the almond powder, while taking care not to “break” the mixture. Cover the bowl with plastic film, and put in the fridge for approximately 4 hours until the dough get firmer.

3. Once this one rested, take it out from the fridge. Put the paste on a silicone plate for example, then cover it with plastic film (to avoid that the dough sticks too much during its flattening). Using a rolling pin, spread the dough until it has a thickness of approximately 8mm.

4. Preheat the oven to 140C. Remove the plastic film from the dough, then cut some shapes into it, using cookie cutters. Put the biscuits on a covered baking tray, then put it in the oven about twenty minutes with 140C. When the Zimtsterns are baked, let them cooling down on a grid before topping them.

1. In a cool bowl, whip the egg whites (with a pinch of salt) to a light mousse. Step by step, incorporate the sugar while whipping. When the mixture is quite firm, fill a small pastry bag and make some drawings on your biscuits. To make it even easier, you can take a cooking brush and paint them. 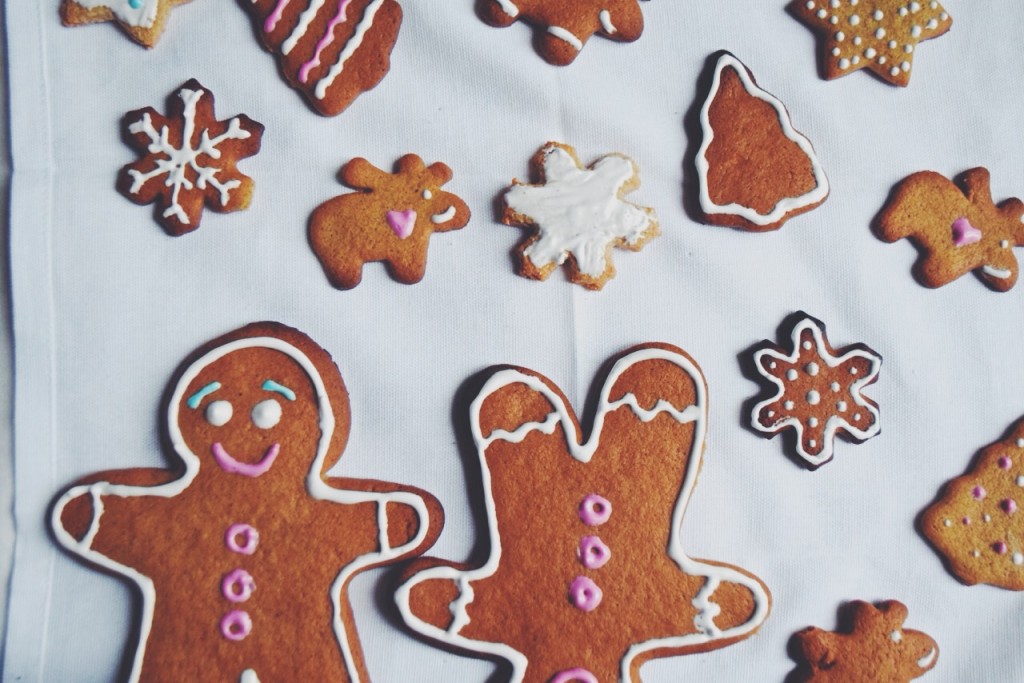